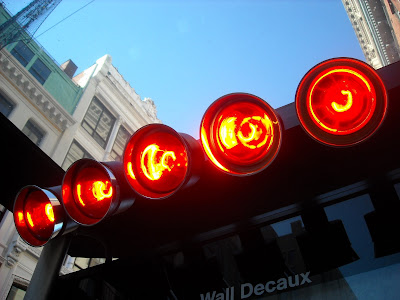 Heat lamps!
Lately, I have noticed that a few Wall USA shelters have had these installed. Well done, MBTA! Also, my rides on the Silver Line have been much more comfortable thanks to bus 1017 (now my most favorite bus at Southampton). I have gotten this bus twice this week and the heat is perfect.
Car 1296, however, was an icebox. On one of the coldest days of the year the AC was on. The passengers could actually see their breath!
Posted by The Lone Rider at 1:19 PM No comments:

Oh No You Didn't 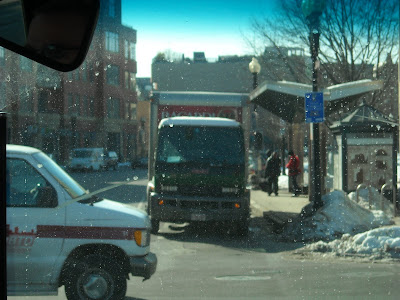 Double parking along the Silver Line is one thing, but to do so on the wrong side of the street...

Of course, passengers had to board the bus in the street. Any idea where the Transit Police were?
Posted by The Lone Rider at 12:19 PM No comments: 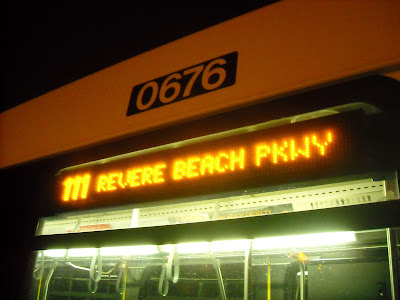 Route 111.6 Haymarket Station - Washington Avenue @ Revere Beach Parkway
This route variation only operates inbound trips to Haymarket during the morning rush hour. Outbound trips are rarely (if ever) operated. To keep two buses from bunching near Woodlawn, the official had this bus turn back at Revere Beach Parkway.
Posted by The Lone Rider at 3:35 PM No comments:

On December 26, I rode the final trip of Route 195. The route certainly went out in style, with record high ridership. The driver was a bit "camera shy", so I was only able to take one photo at the very end. But I'll make it up to you all with some Route 277 action shots.

I have decided to present my account as an "annotated load profile"...

I had arrived at the Shattuck Shelter at about 7:50AM. The clocks at Forest Hills were running ten minutes fast, and worried that I would miss the bus, I ran as fast I could to the Shattuck. Outside the shelter were a few people waiting for the 195. One man told me that when the first bus arrived (the Route 277 trip), the shelter staff told everyone that this would be the only bus today. Naturally, everyone grabbed their belongings and rushed out to catch it. A few minutes after I arrived, NABI #2069 pulled up to the stop and signed up "195 DOWNTOWN EXPRESS".
I informed the driver, much to his surprise, that he would be the last driver to ever operate the 195. Then we were off!

We actually stopped to pick up someone! And she used her LinkPass in the farebox! Often the farebox is shut off on the 195, as the only riders (aside from an occasional railfan) are homeless and would not have the money to pay the fare. The 195 also does not usually stop to pick up people on the street, as it runs express (via local streets) to Park Street Station.

The passenger we picked up at Ellington Street went on her way.

Several of the shelter patrons had appointments at the Boston Medical Center and changed here for the 1. We also picked up two people who found the 43 to be a little slow that morning.

The final stop, quite literally. We pulled up by the Park Street headhouses and everyone got off the bus. Citing the historical significance of this trip, I convinced the driver to let me take one picture. After this, he was off to Ashmont for some mid-morning 26's. And, alas, the 195 joined the other discontinued routes of ages past...

That last part was a bit dramatic, I know.


Total Passengers (Myself not included): 19 Passengers - An all time high!
Posted by The Lone Rider at 11:15 AM No comments: 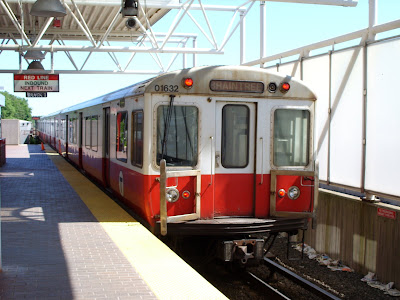 No Free Transfer is now a year old! Here's for another year of exciting transit news!
Posted by The Lone Rider at 1:34 PM 1 comment: