Over the past week or two I've come across some interesting things in my travels. A recent ride on RTS #0010 revealed that not only has the axle-grinding problem (which produces a foul odor in the rear of the bus) not been fixed, but part of the steering column housing has disappeared as well! The speedometer also did not seem to work; it stated that we were traveling across the Tobin Bridge at zero miles per hour. The sooner that bus is sent to Everett to be scrapped, the better!

It seems that the Silver Line Washington Street extension to South Station is a step closer to becoming a reality. At least four of the Neoplan AN460's (i.e. the buses used on the Route 39 and SL Washington) have been repainted from the general MBTA paint scheme into Silver Line colors. I spotted 1030 broken down at Newton Street several days ago: 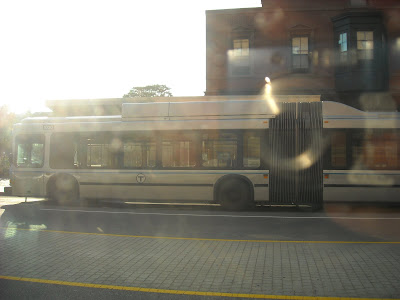 Sorry for the terrible photo.
Now with these four buses having been repainted (1018, 1019, and 1020 are the others), it seems only natural that bus assignments out of Southampton Garage would change. There are 44 sixty-foot buses in the MBTA fleet; all assigned to Southampton. With fewer "normal colored" buses available, all Route 32 trips have been dropped from the garage. Arborway will now provide all the equipment for this route. Southampton had formerly offered five articulated buses for rush hour service on the line.

No more 60' buses for rush hour service? Crowding will surely worsen on the high ridership Hyde Park route! To offset this, two or three Arborway buses have been added to the line for increased capacity. The improved rush hour headway is now every 3-4 mins. I plan to take a ride and see how things are going.

At least the Forest Hills inspector will no longer have to deal with this: 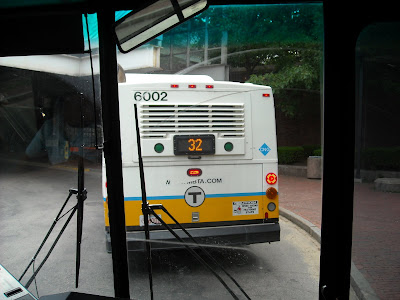 Occasionally, Southampton would send out one of their 40' New Flyer C40s instead of a sixty-footer. Very helpful!

The MBTA fare increase/service cuts workshops are coming up next week (August 10th-27th). I have yet to see tangible booklets detailing the particulars being distributed, but at least a few people managed to get their hands on them: 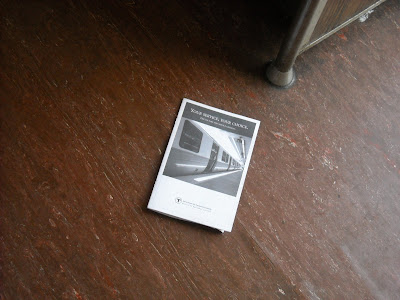 I plan on attending several workshops and the final hearing at the State Transportation Building. Visit the MBTA website for workshop dates and locations. Ten points if you can find where to click on the homepage in five minutes or less.

As a final note, I snapped these two pics: 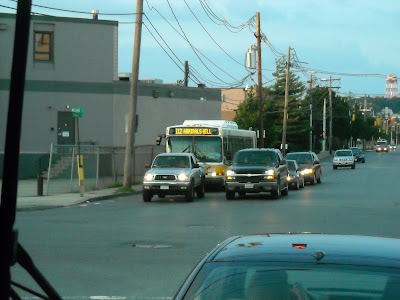 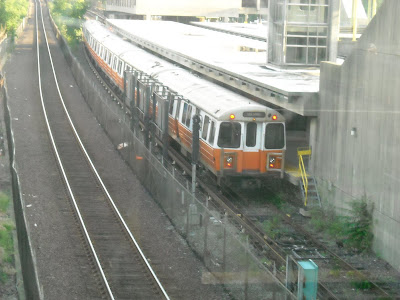 Notice anything unusual?
Posted by The Lone Rider at 2:38 PM No comments:

The other day an elderly friend of mine related the story of her recent ride on the 112. It was her first time taking the route, so she asked the operator if the bus travels past the newly renovated Market Basket in Chelsea. He said it did and my friend boarded. The operator then dropped her off at Spruce Street and Everett Avenue, near the Market Basket, and informed her that "the next bus will take you into the mall [where Market Basket is located]." For those of you who do not know, there is an actual MBTA bus stop located at Market Basket several feet from the main entrance. Route 112 buses (along with Route 114-1 buses in the midday) serve this stop on all trips; save for a few early morning trips. Why this operator dropped her off near the market rather than at it is an interesting question. On many of the trips I've taken on the 112 recently, when we arrive at Market Basket there is a small group of people asking where the bus in the opposite direction is. "The guy just passed me," the operator states, "Didn't you see him?" Apparently, a few operators are either accidentally or intentionally skipping this stop.

Since the new supermarket opened the 112 has been having a bit of trouble adjusting. A few of the operators at Charlestown have been debating what is the "true" route of the 112 in the Admiral's Hill/Mystic Mall area. Do you serve the market first, then Admiral's Hill? Or vice versa? Some operators have their own interpretation of the new route description.

In addition, I have heard several stories about operators (as one veteran pointed out, mostly rookies) getting lost in the new expanded parking lot. How exactly this happens, I have no idea. It does not seem that difficult to navigate through.

Hopefully things will get ironed out soon.
Posted by The Lone Rider at 3:49 PM 1 comment: 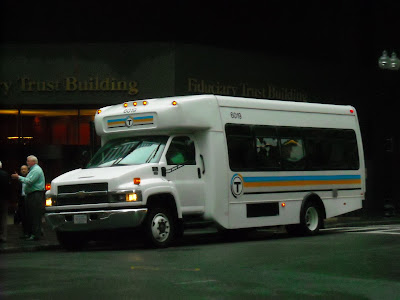 One of the more unique vehicles in the MBTA fleet.
6019 is the closest thing the MBTA has to a minibus. I have only spotted it in revenue service once; at Ashmont Station assigned to Route 798 (Mattapan Trolley Shuttle via Eliot Street). It does not have a farebox (last time I checked), so who knows how the passengers paid back then. Its primary function is to serve as a shuttle for transit officials on excursions around the system.

Wouldn't it be interesting if the T had a small fleet of these?
Posted by The Lone Rider at 8:37 PM No comments:

Ed Dana Would Be In Tears...

Pick your poison: 19.5% fare increase or draconian service cuts. As the MBTA booklet I received yesterday points out, it's "your service, your choice". The MBTA is proposing an overall fare increase to generate added revenue ($69,000,000) to "maintain the same level of service to its customers for the next two years." So what does a 19.5% fare increase look like exactly? Below is a sampling of some of the proposed new fares and pass prices: 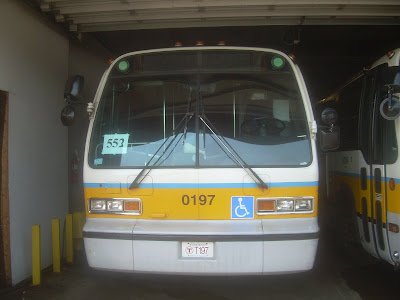 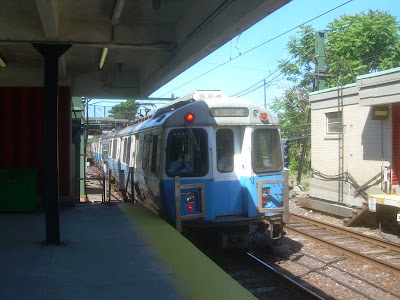 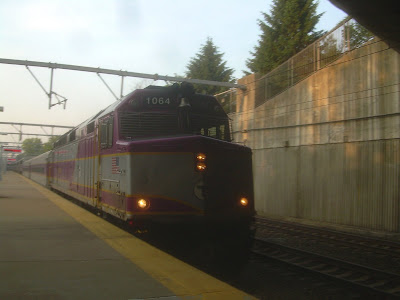 The MBTA supplemental bus service (i.e. the "Supplementals" and "school trips") would be scaled back; if not reduced entirely.
All remaining bus service would have service evenings and weekends cut in half.
Quincy & Lynn Garages would be closed nights and weekends.
All other routes at these garages would lose service at these times.
The following Green Line stations would close:
BU East (B Branch)
BU West (B Branch)
Pleasant Street (B Branch)
Brandon Hall (C Branch)
Saint Paul Street (C Branch)
Hawes Street (C Branch)
The E Branch of the Green Line would be cutback from Heath Street to Brigham Circle.
E Line service would also be eliminated on weekends.
Subway service overall would be reduced by 50% during the midday, nights, and on weekends.
The following Commuter Rail stations would close:
Hastings, Silver Hill, Waverly, Plimptonville, Readville (Franklin Line only), Wyoming Hill, Ballardvale, Greenwood, Plymouth, Mishawum, Rowley, West Gloucester,
Beverly Farms, and Prides Crossing
ALL Commuter Rail service would be eliminated after 7PM weeknights, and all day weekends
ALL Ferry service would be eliminated, along with the Suburban Transportation Program subsidies and the Private Carrier Program subsidies.

The RIDE service area would be extensively redefined.
Again, these things would only happen if there is NO FARE INCREASE.
Whew. So how many cities and towns would lose local MBTA service? I lost count at ten.