A Ray of Sunshine

Today I opened the Metro and found on page two an article about the T. To my surprise is was neither about the impending fare hikes and service cuts, nor about the T's financial woes. It was a piece about the A Line! It was good to see something, frankly, positive about the T. Perhaps someone will do a write up about the City Point Line (now Route 09) or the Egleston/Lenox Street Line (now Routes 22 and 43).

I also took the Blue Line shuttle over the weekend (the line was closed for work at Maverick). It was a real family affair: Cabot, Charlestown, and Lynn all had equipment running on the shuttle, creating a nice mix of NABIs (2219, 2223, et alia), New Flyers, and even the occasional RTS (0240, 0322). Blue Line service was back up by Sunday night, slightly ahead of schedule. I'm sure Ed Dana would be proud.
Posted by The Lone Rider at 5:00 PM No comments:

"Left In The Dark" 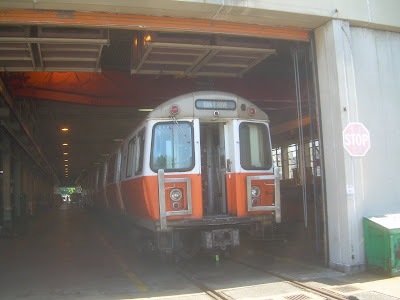 This fall we shall be paying up to 20% more to ride the T. Service across the system would also be scaled back to an extent not seen in decades. More for less; a cheery prospect.
I read an article in the Metro about commuters being "left in the dark" about the proposed service cuts and fare increases coming this fall. To be honest, I am rather disappointed that the MBTA has been so quiet and seemingly reluctant to release any real details. True, any proposals put forward by the T would depend on actions taken by the legislature (really, more inaction by them), but the information made public thus far is quite vague and general. It is no surprise that people are upset. Saying that 30 "high net-cost" bus routes will be eliminated is one thing. To say that the North Shore is at risk of loosing a chunk of its local bus service is another. With so little information available to them, commuters are left in an atmosphere of suspense, wondering: "Will my route be eliminated? Is my bus one of these 'high net-cost' routes?" The typical rider has no idea how much their route costs to operate, much less what the net-cost actually means in terms of their bus being there or not. People need facts that are more concrete, not nebulous. At the very least, the T should give an actual worse-case scenario. That is, something that takes the abstract and relates it to people's lives on a more intimate level. Otherwise, to some you may as well be talking about PCC gear aspect ratios. The lack of true transparency could end up hurting the T more in the long run. If the T expects rich feedback from its "accelerated public hearings process", it must give people the information in a time frame that allows them to thoroughly digest it and to have more informed opinions. Thrusting the details at or just before the hearings will result in more public outcry than meaningful discussion. 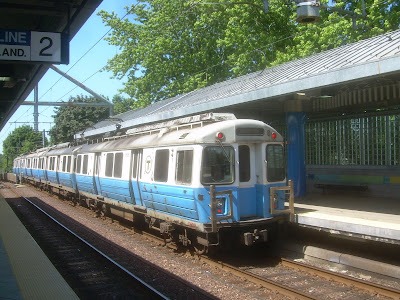 Combing through an appendix to the 2008 Service Plan (publicly available on the MBTA website), I have compiled a list of the 25 highest net-cost bus routes that would likely be eliminated as part of the service cuts. They are listed in order from most expensive to least expensive in terms of cost per rider:

As you can see, the North Shore and the Route 128 business corridor would be among the hardest hit areas. Perhaps the MBTA has a different list of routes marked for death, who knows? I guess we will find out in the next few weeks...