I recently came across this relic in East Boston: 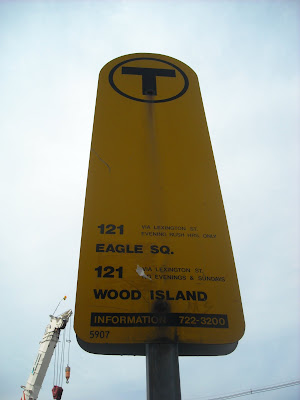 There are only a few of these old bus stop signs still standing. Route 121 evening and Saturday service last operated in 1981, so this sign probably dates back to the late 1970s. Also note the stop number (5907) in the lower left corner; a very useful piece of information not found on modern bus stop signs!
Posted by The Lone Rider at 2:03 PM 2 comments: 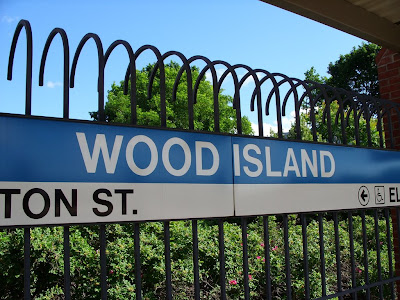 Having recovered from a rather severe bout of pneumonia, I ventured out onto the system.

This past Sunday, I accidentally boarded a Bowdoin train (along with four French tourists and two other people) at Government Center. The train had been signed up "WONDERLAND", and being in a hurry, I ran on board. As we pulled into Bowdoin (although closed for the weekend, the lights were all on) I realized that I grabbed the wrong train. I did get to ride, however, around the loop and see the old tail tracks leading to the long abandoned West End Portal.

When the East Boston Tunnel opened in 1904, there was a portal at South Russell Street in the West End that allowed trolleys from Cambridge to enter the tunnel and travel to East Boston. After the rapid transit conversion in 1924, subway cars in need of repairs were towed to the Eliot Shops (formerly near Harvard Square). After the the Revere Extension opened in 1952, the Blue Line got its very own yard and shops, and the West End portal was sealed and abandoned.

I've also spotted several more NABIs at Cabot that now have security cameras installed. 2285 is the lowest numbered bus that I have seen with them so far. The usual suspects, 2298, 2295, et alia, I seen around town as well.
Posted by The Lone Rider at 2:51 PM No comments:

Spring Is In The Air! 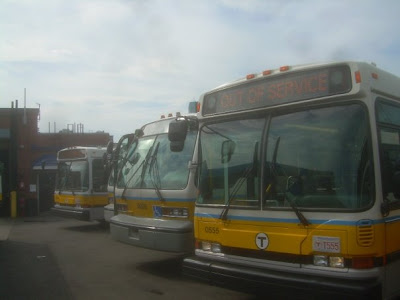 Spring is in the air! And with springtime that means new schedules are on the way. The spring schedule changes enter effect tomorrow, so keep an eye out for the magenta colored schedule cards.
Posted by The Lone Rider at 2:37 PM No comments: