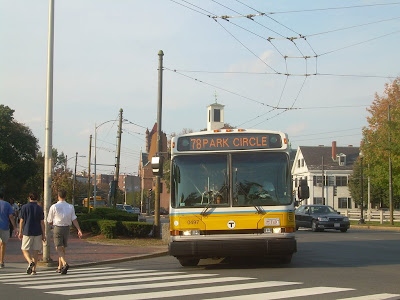 Last week it was announced that MBTA riders may face a "hefty" fare increase and substantial service cuts if the T's troubled finances are not dealt with soon. With about $444,000,000 of the FY2008 budget being spent on debt payments, one must ask: Debt relief, anyone?

This news is eerily similar to the MBTA 1981 budget crisis. A subsequent reduction in service (plus a fare increase) went into effect, with Sunday service being hit especially hard. Several subway stations were closed entirely on Sundays (with shuttle bus replacement) and the span of service was cut back (Subway service ended at 10PM, buses at 7). Things now are not looking that bad...yet. Hopefully, the state will take a new approach to financing transportation in Massachusetts.

The MBTA is only the latest incarnation of a perennial problem affecting Boston's transit systems. Every transit system in the Greater Boston area has been through a similar cycle of increasing financial woes and debt; the West End Street Railway in the 1880s and 1890s, the Boston Elevated Railway Company in the late 1940s (ridership and revenues were also down before the war), the MTA picking up the tab on the BERy Co. debt, and now the T. Each time, the subsequent agency rose from the ashes of the previous one. If MassTrans is ever created, will it only collapse after 40 or 50 years?

Let's hope history does not repeat itself.
Posted by The Lone Rider at 1:47 PM No comments: 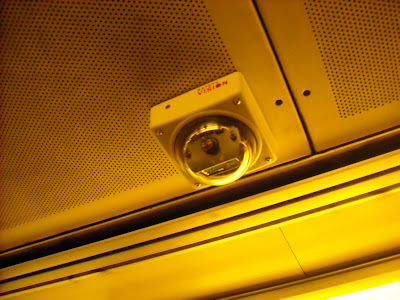 Camera On Car 1246.
I have heard that 1214 also has them installed. In addition, several more NABI's also now have cameras.
Posted by The Lone Rider at 8:59 AM No comments: